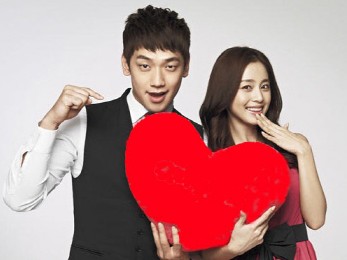 Who Are the Official Celebrity Couples?

At the start of a new year, there has been much attention going on regarding singer Rain (Jung Ji Hoon) and actress Kim Tae Hee’s dating news. The actress’ agency confirmed the news stating, “Another public couple” is born. On January 1, Kim Tae Hee’s agency, Lua Entertainment admitted to the dating news through a press release. The agency stated that the two have interest in each other.

Furthermore, the agency revealed, “They started seeing each other about a month ago. It’s true that they are well-known celebrities, and there is not enough time for them to have dates. There aren’t a lot of opportunities for them to meet and talk. That is why they are only slowly beginning to unveil their emotions for each other. But it is hard to say what they are truly feeling right now.”

In addition to Rain and Kim Tae Hee, who are the other official celebrity couples?

First off, Lee Byung Hun and Kim Min Jung are currently dating. This was confirmed in August 2012.

In June 2012, Ji Hyun Woo surprisingly confessed his love for Yoo In Na, then they became a public couple. They had appeared together on the drama “In Hyung Wang Hoo’s Man.”

Which one is your favorite celebrity couple?