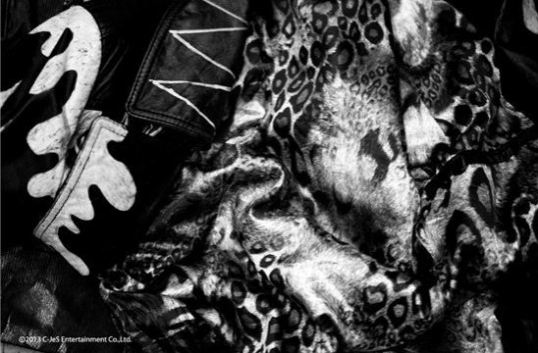 On January 2, the teaser was uploaded on JYJ’s official facebook page and was received with a hot reaction. A representative from C-JeS Entertainment shared, “We revealed his album jacket teaser before releasing a video teaser. The solo mini album contains his lifestyle and music he wants to share with the fans. Please look forward to it.”

The first two pictures hint the costumes he wore for the album’s concept. It portrays a funky style with leather and leopard print. An official working on the album concept shared, “The results came out great. Kim Jaejoong has a deadly beauty. The world will be able to meet Jaejoong portraying a homme fatale image.”

The last picture shows a close up of Jaejoong. His milky white complexion is contrasted with the black background and he has his eyes closed. His face angle and the blurred background emphasized his unique eye extensions.

Meanwhile, his album will be released on January 17.