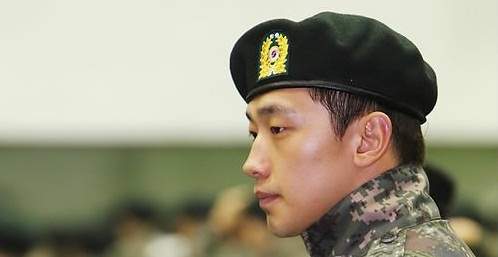 Ministry of Defense “Determining Level of Punishment for Rain”

It looks as though the Ministry of Defense has changed their stance regarding Rain and allegations that he is receiving special treatment during his military service.

We reported earlier that the South Korean Ministry of Defense had made cautious statements regarding the issue. They stated that they would “investigate” but had also said that the “things being reported are not 100% accurate.”

However, now the tone of their public statements is becoming more active. A representative of Communications for the Ministry of Defense stated, “Due to the amount of criticism regarding Rain’s vacations and breaking rules we are conducting investigations into the matter. We will release the information found through the investigation as fast as possible.”

After news broke out on January 1 regarding the fact that Kim Tae Hee and Rain have been dating, issues have been raised about Rain’s special treatment during his military service. He has taken many vacations, wore his uniform in public without a hat, and bought a separate cell phone he has used to contact Kim Tae Hee.

There are various opinions on how bad his punishment might be. The representative stated, “We will check precedent in order to determine what the punishment should be. It’s not like there is a set punishment for every kind of rule that has been broken. It is difficult to determine the level of punishment as of yet.”

A representative of the Ministry of Defense stated, “We are paying attention to the critics of celebrities receiving special treatment in the military. We plan on reviewing whether improvements can be made.”