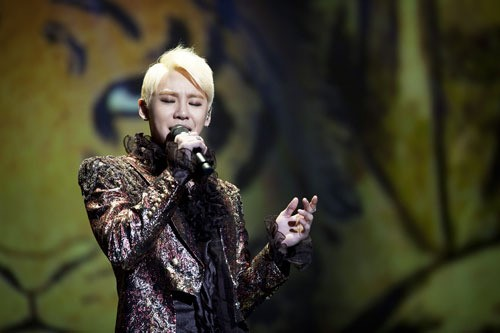 As the first idol to perform a 100% live concert with full orchestra, Junsu sang many songs including “I Don’t Like Love,” “Love Is Like Snow Flower,” “Thank You For,” “Really,” “Because You’re My Woman,” and the acoustic version of “Tarantallegra.” In addition, Junsu made humorous comments in-between the songs, amusing and charming the fans.

The music director of the concert stated, “As a great vocalist, Junsu showed great effort to sing each song perfectly. After seeing him work so hard, the rest of the crew could not help but work hard as well to keep up with him.”

He continued, “Everyone was impressed with his performance. Doing a 100% live show is not an easy task, but Junsu did a great job.”

JYJ
Tarantallegra
KPLG
How does this article make you feel?