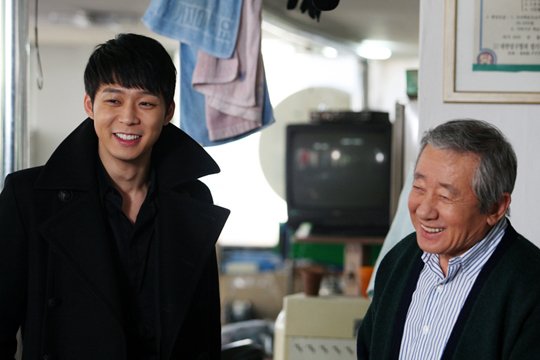 Counting his past awards at KBS in 2010 for “Sungkyunkwan Scandal” and at MBC in 2011 for “Miss Ripley,” this means that Park Yoo Chun has won awards from all three main broadcasting agencies.

C-JeS Entertainment announced, “Shooting of ‘I Miss You’ was delayed because Park Yoo Chun had to attend the award ceremonies. Therefore immediately after the ceremonies, he had to return to the set. Park Yoo Chun is undergoing grueling schedule, but we are currently working on the very crucial part of the drama, so he is doing his best and working nonstop.”

It was later revealed that despite extreme fatigue, Park Yoo Chun was cheerful throughout the shoot.