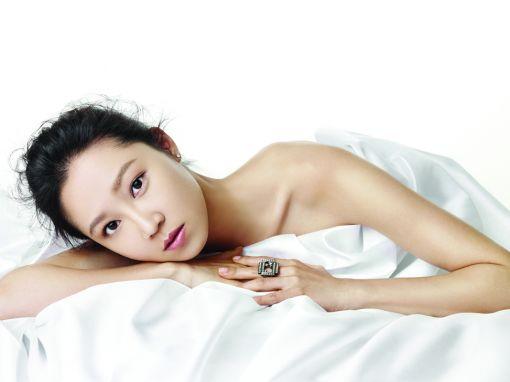 Actress Gong Hyo Jin recently posed for a few shots for the fashion magazine “High Cut.” After the shooting, she sat down to talk about her know-how on styling and her upcoming new movie.

When asked on the reason why she is picked as a fashionista, she answered, “I think it’s because I wear clothes that are actually wearable. People can easily find it and wear it. When I went shopping with actresses Shin Min Ah and Kim Min Hee, Shin Min Ah liked stuffs that were more monotone and simple, whereas Kim Min Hee picked clothes that were more provocative and adventurous. I, on the other hand, like casual and practical clothes.”

Gong Hyo Jin spoke about the problems on actresses wearing dresses for the red carpet. “There is always something lacking about the red carpet look. There are not a lot of dresses to choose from when they are imported from other countries so it’s hard to pick a good one. It feels like the dresses lose all their value when they are sent to Korea. So when people say that the dresses don’t look good or not pretty, it’s not like it’s our fault so hearing those words makes us unhappy. It’s like being on trial,” said Gong Hyo Jin.

She continued on, “My body is quite small so tube-top designs don’t suit me. When I wore that yellow dress at the ‘2011 MBC Drama Awards’, the response was good and I liked it as well. But when I wore that princess-like dress at the ‘2010 Busan International Film Festival’, even I thought that I didn’t look good in it. I wore it after filming for the drama ‘Pasta’ and I thought that the audience was going to like something lovely, a look I portrayed in the drama, but they clearly didn’t like it.”

Gong Hyo Jin is currently nearly finishing filming her movie “Aging Family.” “There is no other family that is as broken as this one. It’s at a point where we want to change the title of the film to ‘Broken Family’. I play the baby girl of the family who is very feisty and doesn’t stop swearing to her two older brothers. It was fun and I think it was a role where I could say as many swearwords as I liked,” said Gong Hyo Jin.