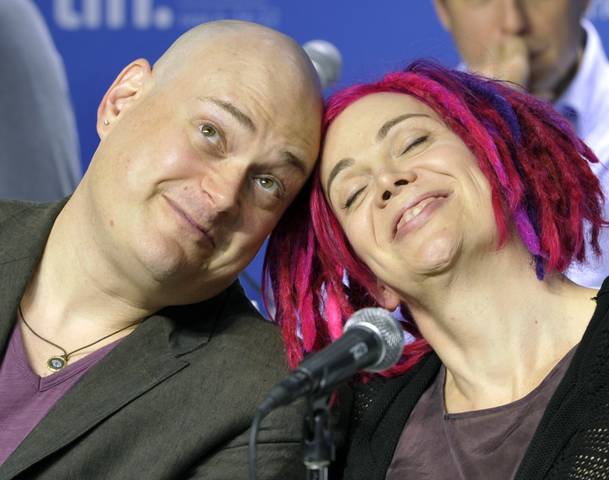 Lana Wachowski reveals the reason why she cast Rain in her movies.

Directors, writers and producers Andy Wachowski and Lana Wachowski, who are siblings, were invited as guests on the January 3 episode of the MBC variety show, “Golden Fishery.” Despite being the producers behind many box office hits including “The Matrix,” it was their first time appearing on a talk show of any kind in their lives.

On air, Lana Wachowski highly praised Rain and shared why she cast him in the film, “Speed Racer.” She commented, “When I saw his performance videos and his movie, ‘I’m a Cyborg, But That’s Ok,’ I became mesmerized by his charm.”

Rain has so far been in two of Wachowski’s movies- “Speed Racer” and “Ninja Assassin.”