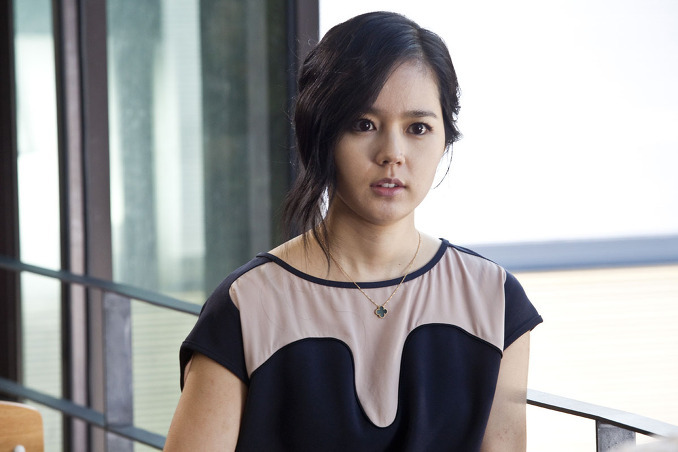 Actress Han Ga In’s photos were posted in several online communities and people were again in disbelief because of her natural beauty.

Recently, pictures of Han Ga In were revealed online of the star wearing a beige top with a black jacket covering her shoulders. She looks very feminine with her long wavy hair covering one side of her face. Han Ga In’s well-defined face features make her look much younger than she is, making viewers forget the fact that she has already been married for nine years.

Bloggers were in admiration of the star’s flawless beauty and commented, “Has she really been married for 9 years?” “She looks like a doll” and “She is just too pretty.”

Han Ga In
KPLG
2012 MBC Drama Awards
How does this article make you feel?