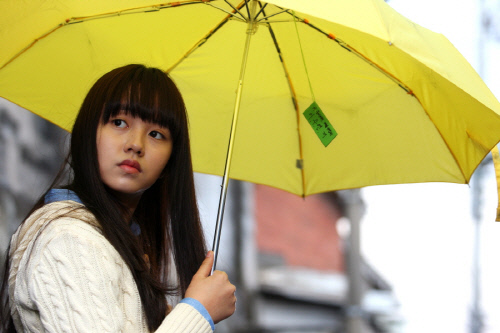 Child star Kim So Hyun posts a picture of her gift.

On January 3, Kim So Hyun tweeted a picture along with a short caption, “Had fun shooting with Mnet~ Thank you for giving me the warm scarf and gloves as a gift. ^^”

In the revealed image, the child star is wearing a red knit scarf around her neck with matching red gloves on her hands. Her long straight black hair against her white skin shows Kim So Hyun’s innocent charm.

Netizens who saw the photo commented, “I want to see her starring in other dramas or movies,” “She one of my favorite child actresses,” and “Wow! Look at her skin!”

Kim So Hyun recently won the Best Child Actress Award at the “2012 MBC Drama Awards” for her roles in the previous dramas, “Moon Embracing the Sun” and “Missing You.”

Kim So Hyun
KPLG
Missing You
Moon Embracing the Sun
How does this article make you feel?