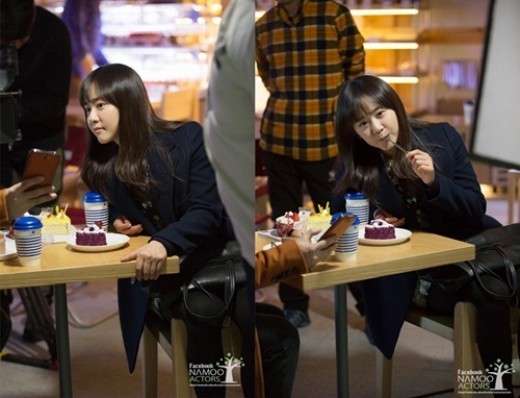 Moon Geun Young has been garnering attention for her latest photo taken on the set of the drama “Alice in Cheongdamdong.“

Moon Geun Young’s agency Namoo Actors recently shared the photos from the set on Facebook. In the revealed photos, Moon Geun Young appears to be listening to someone talking when she notices the camera and strikes an adorable pose. Her twenty-year-old youthful charm and sweet face melted the hearts of male fans who saw the photos.

Netizens who saw the photos stated, “I think Moon Geun Young is quite beautiful” and “I wish she would already be together with Park Si Hoo in ‘Alice In Cheongdamdong’ already.”

In other news, Moon Geun Young currently plays the role of Han Se Kyung and has done a fantastic job of portraying the emotions and struggles of an aspiring fashion designer, who desires to change her fate by climbing the social ladder.