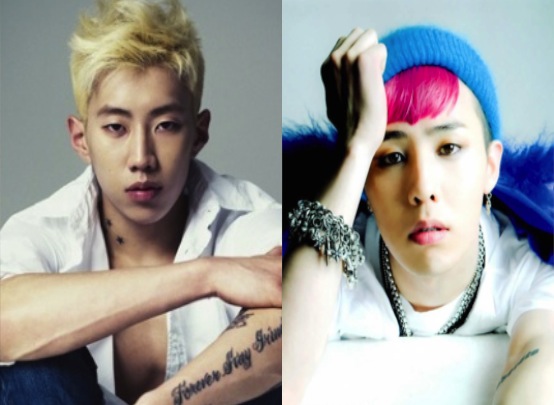 G-Dragon Shows His Friendship with Jay Park on Twitter

On January 6, G-Dragon posted a picture of himself with Jay Park on twitter and commented “With jaybumaom.”

The revealed picture shows Jay Park and G-Dragon standing next to each other. G-Dragon has his arm around Jay Park, signaling V with the other hand, making a face. His unique fashion style featuring a white wide-brimmed fedora and a patterned coat stands out again in this picture. Jay Park stuck to his usual hip hop style with a basic t-shirt and flat-brim cap.

Netizens commented on this picture, “I never knew they were friends,” “They should collaborate on an album together, I’d so buy it,” and “They are both very fashionable!”