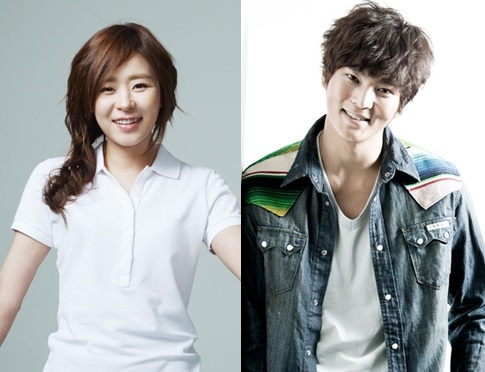 Stills of Joo Won and Choi Kang Hee dancing together for the upcoming drama “7th Level Civil Servant” were released.

The stills show a scene from the drama where Choi Kang Hee and Joo Won are in a dancing class. It has been reported that the scene required three big-scale cameras and more than 30 extras were used.

The scene was filmed on Christmas Day so the atmosphere was lively and joyful throughout the recording session.

The highlight of the scene is where Choi Kang Hee and Joo Won lock eyes and have a moment of hesitation as if they are going to kiss. Staff members report that this part of the scene made everyone’s heart race. Off of the camera, Joo Won was a gentleman. When Choi Kang Hee’s dress became unbuttoned due to the long filming session, Joo Won supposedly buttoned it right back up.

Staff and cast members are continuing to film for the drama throughout the holidays. The staff team stated, “Choi Kang Hee and Joo Won’s acting chemistry is better than we expected. You will probably see a new side to the actors. Please look forward to our drama.”

“7th Level Civil Servant” will air at the end of January after “I Miss You” ends.