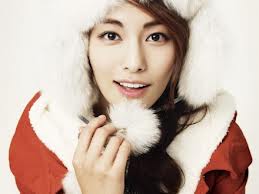 Kim Jung Hwa clarifies the rumors between her and Jo In Sung.

On the January 6 airing of Story On‘s “Lee Seung Yeon and 100 Women,” Kim Jung Hwa joked, “My hands are big and I can hurt someone if I hit someone with them. When I was on the TV sitcom, ‘Nonstop,’ I played a character that would hit the person next to me if I laughed. I hurt Jeong Tae Woo many times.”

On the show, Jeong Si Ah brought up a scandalous rumor about Kim Jung Hwa, “When ‘Nonstop’ was on the air, there was a popular rumor that you were dating Jo In Sung.” Kim Jung Hwa then responded, “There was no connection between myself and Jo In Sung. We only knew each other because we were drama actors, but Jo in Sung and Park Kyeong Lim were a couple and Jo Han Seon and Jeong Tae Woo were a couple. Jo In Sung and I were never that close.

Jeong Si Ah jokingly asked again, “How long did you go out with Jo In Sung?” This time Kim Jung Hwa played along and answered, “In the drama we dated for about a month.”