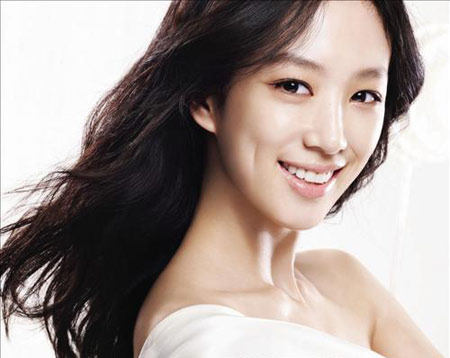 Actress Jung Ryeo Won’s agency revealed a few shots of the actress filming one of her last scenes of the SBS drama “The King of Dramas.”

It has been more than 3 months since the first start of the drama shooting. With just one more episode to air, Jung Ryeo Won arrived at the scene of the shooting with a happy smile and brightened up the set.

Through the pictures that were posted on the Internet on December 7, fans of the drama were able to see the behind-the-scene photos of Jung Ryeo Won before the finale episode. The netizens’ comments included, “So curious about the last episode,” “Is there a happy ending for the main couple?,” “Jung Ryeo Won’s smile looks nice but something of the opposite may happen for the last episode,” and “Let’s watch the show all together!”

In “The King of Dramas,” Jung Ryeo Won portrays a caring but tenacious writer Lee Go Eun. Through her character, Jung Ryeo Won expressed the harsh reality behind a drama writer and what the writers have to face in order for their scripts to work in the drama industry.

After the last shooting, the actress posted on her SNS, “It’s really really finished. Thank you for all the fun and happy memories.”

Jung Ryeo Won
KPLG
The King of Dramas
How does this article make you feel?