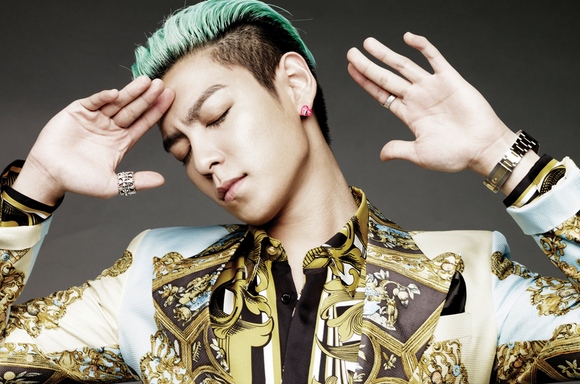 Recently, a compilation of photos of Big Bang’s TOP made their way onto several online communities, humoring fans with TOP’s adorable habit when he takes photos.

The photos, titled “TOP’s Habit since His Debut,” showed the singer-actor in the same pose in several different photos. In the photos, TOP lies on the floor and props his hand up, as if he’s a flower and his hands are leaves.

Those who’ve seen the photos commented, “Awww TOP’s habit is so cute,” “I had not idea,” “This charismatic singer is just too adorable,” and more.

Meanwhile, Big Bang will wrap up their “Big Bang Alive Tour 2012” at the end of this month with concerts at the Seoul Olympic Gymnasium on January 25 to 27.