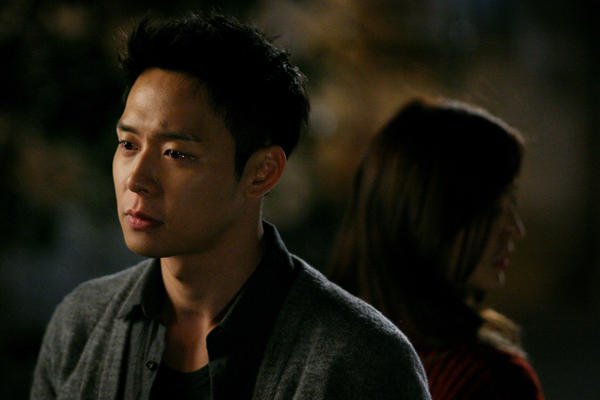 Currently filming for MBC’s drama “I Miss You,” JYJ’s Yoochun revealed that there’s someone so special he lists the person as “wife” on his phone’s contact list.

On January 6, Yoochun had an interview with the Japanese media where he revealed, “I’m sure that the teamwork with Oh Jung Seh sunbae is like a dream. I like him so much, I just laugh when I look at him. We understand each other just by looking at each other’s eyes.”

He also shared, “I make the most mistakes on set when I’m with Oh Jung Seh sunbae and it’s because I laugh. I’m really happy that we can act together.”

He went on, “He’s a sunbae with a great personality and exceptional acting skills. Since he also takes care of me well, it feels like we’re filming a ‘buddy movie’ when we exchange dialogues. I call him ‘wife’ when we send text messages.”

Oh Jung Seh had a chance to share his opinion on the young, multi-talented co-worker. “He’s been a long-time friend and is like a younger brother. I’ve known him since 10 years ago and it feels natural. Whether the camera is on or off, we’re the same. He’s good at acting, but he’s also modest and has manners.”

JYJ
Yoochun
KPLG
I Miss You
Oh Jung Seh
How does this article make you feel?