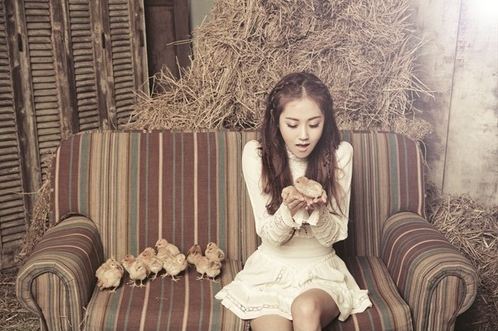 Both pictures show Huh Ga Yoon with many chicks. In the first picture, she’s sitting on a well-used 2 seat couch and is gently cupping a chick with an admirable expression. She looks lovely in a white, long sleeved dress with laces and styled her long brown hair with a braid in a headband. The second picture is cleaned up, with a pastel pink background and a white table.

An official from the agency shared that 2Yoon will try a genre never before heard in K-Pop. They hinted that the song is a dance-type song. It’s been revealed that Huh Ga Yoon worked as a visual director for this album, making many fans and industry insiders anticipate the album’s release.

Meanwhile, 2Yoon’s debut mini-album will be available for download from music sites on January 17.