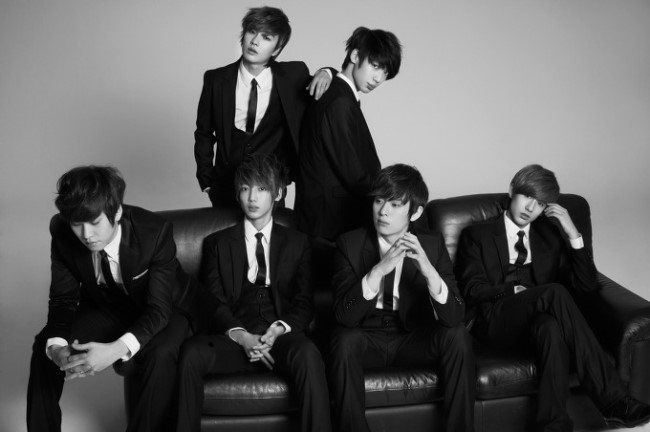 Idol Group Boyfriend Getting Ready For Their Comeback Album “I Yah”

Idol group Boyfriend unveiled a picture for their upcoming album “I Yah.”

On January 8, the group’s agency officially tweeted Boyfriend’s new album photo to the public before their comeback. Boyfriend is replacing their previous “Janus” concept with “Homme Fatale.”

In the picture, the members wear dark smokey makeup along with black studs and metallic accessories. Their dynamic pose reminds us of a scene from the movie “The Matrix.”

Netizens showed their excitement of Boyfriend’s new concept by commenting, “It seems like they are going to pop out from the image,” “They look attractive” and “Boyfriend are real men now.”

The new song will be co-produced with Sweetune and has a funky guitar intro. The song will also reveal more masculine and powerful rap vocals.

Currently, Boyfriend is in the last-minute preparation stages for their comeback, which is scheduled on January 10.

Boyfriend
KPLG
I Yah
How does this article make you feel?