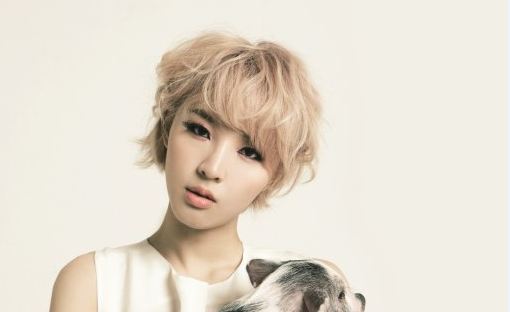 Inside the picture, she’s tilting her head as she stars at the camera. Her expression is unreadable while she firmly wraps her arms around a small animal. It’s been revealed that this image is to capture Ji Yoon’s tomboyish charms.

2Yoon will throw away their strong charismatic image associated with 4minute and instead, take on a more girlish and tomboyish image as a duo.

Meanwhile, the mini-album will be available through online sites on January 17.