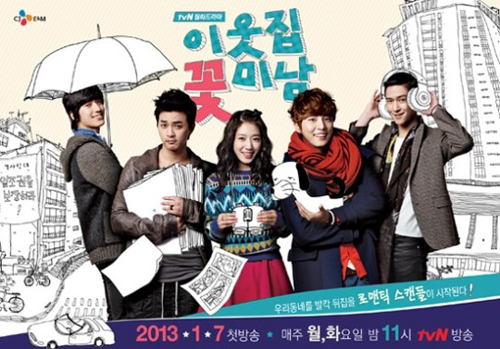 On January 7 on the first episode of this drama Park Shin Hye shed her bright and youthful image and traded it for “Dark Shin Hye.” In the drama she plays Go Dok Min, a young woman who lives a life cut off from the world due to the hurts from an unrequited love. Park Shin Hye accurately portrays the up and down emotions of a woman who has a deep crush on a man who does not share the same feelings.

Netizens seemed to enjoy the first episode and were eager for more. “The show went by too fast. I’m anticipating the next episodes!”, “Go Dok Mi = Park Shin Hye! It matches so well”, “Why is the alone-in-love Dok Mi so loveable?”, and “Awesome! This promises to be a different kind of romantic comedy!” were some of the comments made on various networking sites.