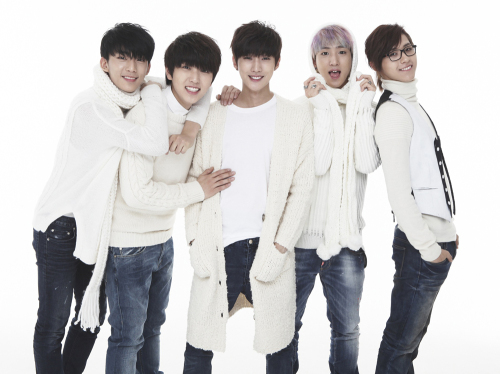 B1A4 won the “New Artist of the Year” along with British boy band One Direction and Japanese pop girl group, Nokizaka 46. They also shared the “Best 3 New Artists” award with IU and the boy group Boyfriend as representatives of K-Pop in Japan.

B1A4 debuted in Japan in June of 2012 with “Beautiful Target – Japanese Ver.” Their first Japanese concert sold out in just three minutes.

When B1A4 heard the news of their winnings they said, “We cannot believe we won two awards. We won these awards thanks to our fans. We are very thankful and we promise to become a group that deserves more of your love in 2013.”

B1A4 held their first solo concert in December of last year. After a short break they plan on continuing their Japanese activities.