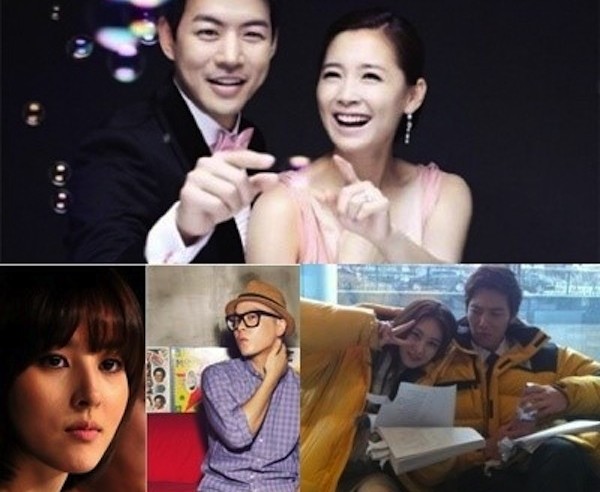 What’s the Common Reason Behind Recent Breakups of Celebrity Couples?

As the series of celebrity breakup news continue, one can easily recognize the overarching reason that caused these celebrity couples to break up.

On January 8, the breakup news of celebrity couple Nam Sang Mi and Lee Sang Yoon broke out. A representative from Lee Sang Yoon’s agency told media, “The two broke up in early December. Due to their busy schedules, they became distant.” Nam Sang Mi and Lee Sang Yoon appeared on SBS “Life is Beautiful” together as a couple in 2010 and started dating in real life in June 2011. After officially announcing their romantic relationship, they appeared on several TV shows and other official events together holding hands and many drama fans adored this couple. As a result, the announcement of their breakup broke many fans hearts.

Another breakup news was belatedly reported on January 4. Celebrity couple Son Eun Seo and Choi Jin Hyuk admitted that they have broken up due to their busy schedules. They became romantically involved after appearing on SBS “My Daughter the Flower” together in April 2011.

Prior to the flood of breakup news in January, actress Han Hye Jin and singer Naul announced their break up on December 22, 2010. This ex-celebrity couple dated for almost 9 years. They also found the reasons for their breakup in their busy lives. They told, “We were so busy to the point where we could meet up only once a month or so. It caused us to be distant from each other.”

An anonymous official from the entertainment industry commented, “When celebrities are actively working and promoting a song, album, drama, movie, and so on, their hectic schedules are beyond anyone’s imagination. They become so busy. Any romantic relationship could suffer from the smallest and most trivial things, so don’t you think their busy lives and lack of time to spend with one another have contributed greatly to these breakups?”