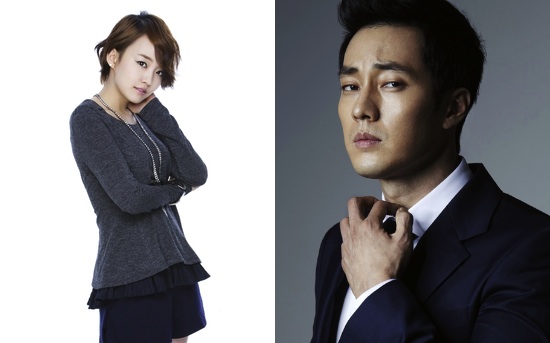 Younha to Feature in So Ji Sub’s Upcoming Album

Younha will be featured in So Ji Sub‘s upcoming mini album, “6 o’clock…Schoolyard.” Younha and So Ji Sub will sing about the story of a man in love and a woman who is breaking up with him in the song “Picnic.” So Ji Sub’s deep voice and narrative rapping harmonizes with Younha’s sentimental and yet calming vocals, instantly drawing a listener’s attention to the song and its story. Many fans are already paying close attention to the collaboration of these two artists.

Younha was especially excited to work with So Ji Sub. So Ji Sub also expressed gratitude and faith in his collaborative work with Younha after she gladly accepted to feature in his upcoming album. Younha commented, “I read So Ji Sub’s interview about music some time ago and could immediately tell that he’s very passionate about music. I’ve always thought very highly of him and his continuous music career. I’m so glad to have this opportunity to work with him finally.” She added, “When we started recording, I could really see the rapper So Ji Sub and his talent. It was fun to work with him. I don’t think I can forget about this experience anytime soon.”

Meanwhile, So Ji Sub is coming back as a rapper after 10 months since the release of his last album “Seat of the Northern Crown” in March 2012. In his second mini album, “6 o’clock…Schoolyard,” So Ji Sub wrote the lyrics of three songs out of four songs included in the album. His earnest and yet sorrowful lyrics are ready to attract any listener’s attention.

Previously, So Ji Sub starred in SBS “Ghost” and was praised greatly for successfully playing a double role. For his great acting in “Ghost,” he received Top Excellence Award for Drama Special and Top 10 Star Award at 2012 SBS Drama Awards.

Ghost
So Ji Sub
Younha
KPLG
Seat of the Northern Crown
2012 SBS Drama Awards
6 o'clock...Schoolyard
Picnic
How does this article make you feel?