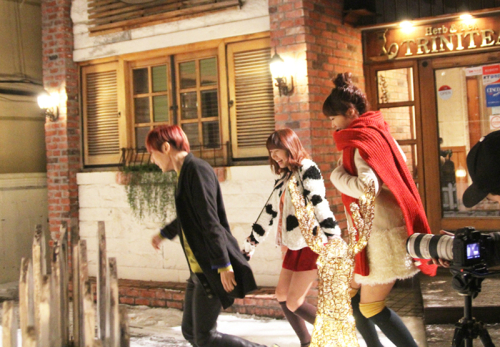 Making of Video for “One Year Before” Revealed

The making of video for “One Year Before” was revealed yesterday on January 8. The song is a collaboration between A Pink members Kim Nam Joo and Jung Eun Ji, and BEAST’s Jang Hyun Seung.

During the making of Nam Joo says, “This is a real behind the scenes story but you see that snow over there. I heard it was collected. That is because it snowed today…”

Hyun Seung says, “I think my body is tightening up because of the cold.” Eun Ji screamed, “Ah~ So Cold~.”

The representative continued, “The date set for filming was the coldest day during December. Despite of the cold, all of the artists and staff members worked very hard to make a beautiful video.”

Apink
BEAST
KPLG
One Year Before
How does this article make you feel?