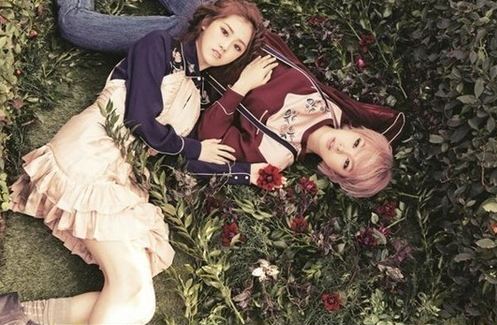 Looks like some of our readers guessed correctly from the previous teasers! 2Yoon, consisting of 4minute’s Huh Ga Yoon and Jeon Ji Yoon, will be the first idols in K-Pop to sing a country pop song.

Country pop is a genre that has a steady following in the U.S. and many industry insiders and the public are interested in how the song will turn out.

An official from from Cube Entertainment shared, “They will be the first to try this genre in K-Pop. The title track is refreshing and new with the combination of rap and vocals.”

It’s been previously revealed that Huh Ga Yoon worked as a visual director for this album.

Meanwhile, 2Yoon’s debut mini-album will be available for download from music sites on January 17.