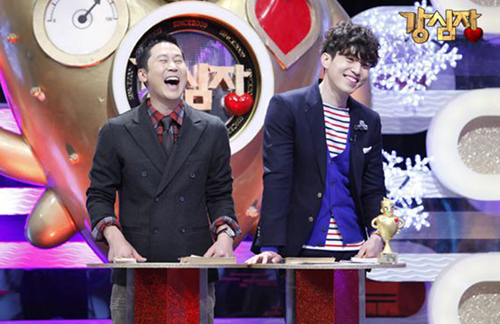 SBS‘ “Strong Heart” has some big changes in its future.

The news that the show has future changes in store started when Producer Park Sang Hyuk, who has been directing the show for three years, announced that he will be leaving the country. When MC Lee Dong Wook decided that he would leave the show to focus on his acting, rumors of the show’s ending came up.

However, nothing has been determined. SBS is considering a variety of options such as modifying the show, starting a new fresh season, and also replacing “Strong Heart” with a new show.

A representative of SBS addressed these rumors and clarified, “Nothing has been decided yet regarding ‘Strong Heart’.”

“Strong Heart” aired its first episode on October 6 2009 and has received much praise and popularity in those three years.