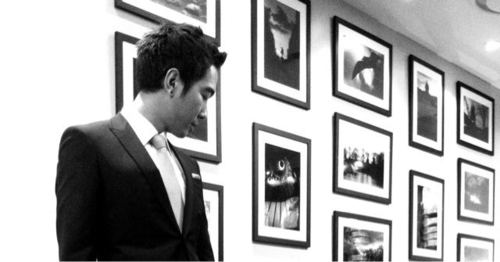 On SBS’s “Strong Heart” that aired in 2011, Lee Joon stated, “In my 24 years, I have loved two women, and Go Young Wook stole one of them. One day, I happened to see a text message from Go Young Wook on my girlfriend’s cell phone. The message said, ‘When we meet next time, it will be my treat.’”

Lee Joon continued, “When I asked my girlfriend about it, she said that she met Go Young Wook at a party and just exchanged phone numbers. My girlfriend was not a flirtatious person, so I got suspicious. We fought and we broke up.”

Go Young Wook, who was also present, tried to make a joke of the situation. MC Kang Ho Dong also tried to provide an explanation by saying, “Your girlfriend was probably a fan of Go Young Wook and so I’m sure he was just being nice.”

In addition, on KBS’s “Happy Together,” actress Lee Min Jung and model Jang Yoon Joo have also revealed in the past that Go Young Wook have tried to get their phone numbers. Also, Go Young Wook has been recently receiving a lot of criticism by sending an intimate message via SNS to gymnast Son Yeon Jae.

Go Young Wook’s past misdeeds have resurfaced recently due to the sexual assault scandal involving a minor.