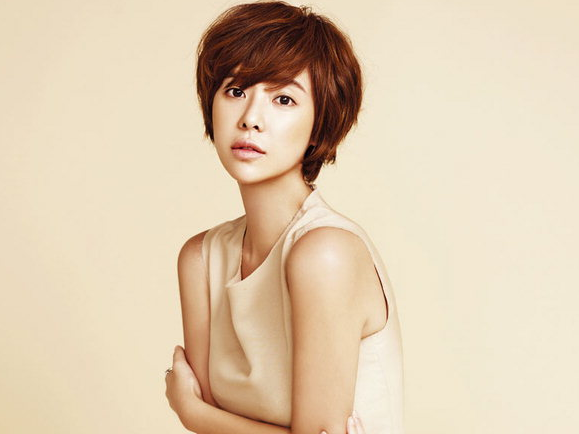 Actress Hwang Jung Eum has been receiving a lot of attention lately for transforming into a fat lady.

On January 8, Hwang Jung Eum starred in a scene from “2013 SBS drama special premiere of ‘That Man, That Woman and The Date.'”

Hwang Jung Eum described her character saying, “Well first of all, Bok Jae In is rather fat. She is actually obese and she seems more like an honest child. In movies you would see a lot of characters that need a lot of make-up and special effects, but I heard that this was rare in dramas. This would be the second time perhaps that they would attempt to make someone appear this large.”

She also confessed while laughing, “I quickly learned that undergoing such a transformation is not the easiest or most exciting thing in the world. At first, I made a huge scene saying I couldn’t do anything like that. I was so scared, I couldn’t help crying about it too.”

It was reported that it took around 8 hours to complete the make-up and disguise.

Hwang Jung Eum
KPLG
How does this article make you feel?