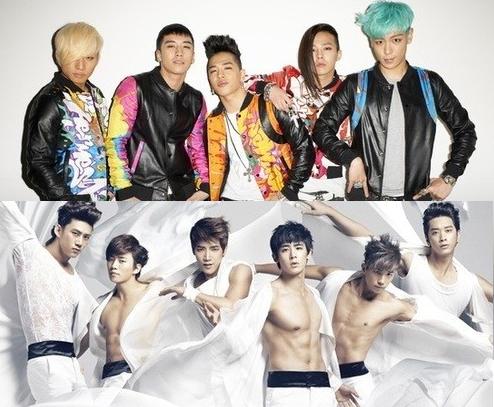 K-Pop boy groups Big Bang and 2PM recently was on the list of the top eleven concerts held in Japan.

On January 9, the Japanese music site “Oricon Style” revealed their “2012 Japan Concert Top 11.” Editors of Oricon carefully chose the best out of 141 live concerts held in 2012. Among them were two K-Pop groups, Big Bang and 2PM.

Big Bang performed at the Yokohama Arena on May 25 for their “Big Bang Alive Tour 2012 in Japan.” The Japanese media gave high praises for the group. “Their high standards were surprising. Their strength is in their ability to communicate with the fans in Japanese. Above all, their creativity rightly matches their world artist image.”

2PM received positive reviews as well. “Although members were injured before the concert they all gave strong performances for all six days of their concerts…Their colorful choreography made the concert stage seem smaller and their solo performances delighted the audiences.”

Over 60,000 fans came to the 2pm concert. They were the first K-Pop group to perform at the Budokan Arena six times.

2PM
Big Bang
KPLG
Oricon
How does this article make you feel?