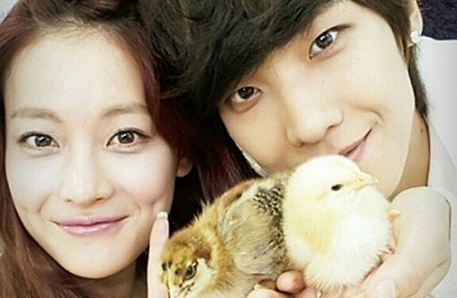 Oh Yeon Seo and MBLAQ’s Lee Joon recently had a heart to heart chat, where the actress confessed her thoughts about her dating rumors, with “Oh Ja Ryong Is Coming” co-star Lee Jang Woo, to make-believe husband Lee Joon.

In the upcoming episode of MBC’s “We Got Married,” the broadcast will include a segment of Oh Yeon Seo and Lee Joon’s first meeting since news of the actress’s alleged relationship with another co-star was revealed early January.

According to the production team, the two celebrities openly talked about each other and the news of Oh Yeon Seo’s relationship status.