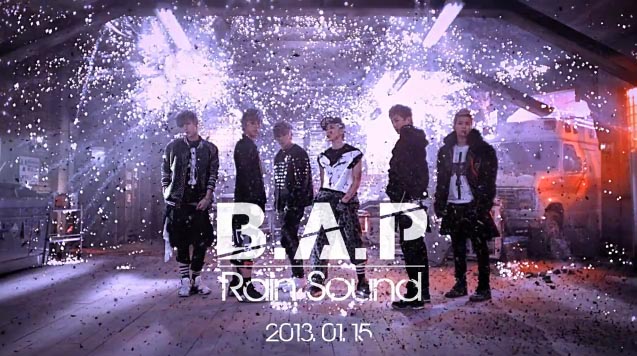 After promoting five songs last year, B.A.P is once again set to make their comeback. Their teaser for their latest track “Rain Sound” was revealed online today. As seen at the end of the teaser, it will be released on January 15.

In the twenty second long teaser, we hear only guitar instrumentals, and the group members are all looking sorrowful. At the end, exploding sparks fill the room, creating a cool effect.

“Rain Sound” was created by Kang Ji Won, who had previously wrote the group’s debut track Warrior.” The song is said to be a hip-hop track.