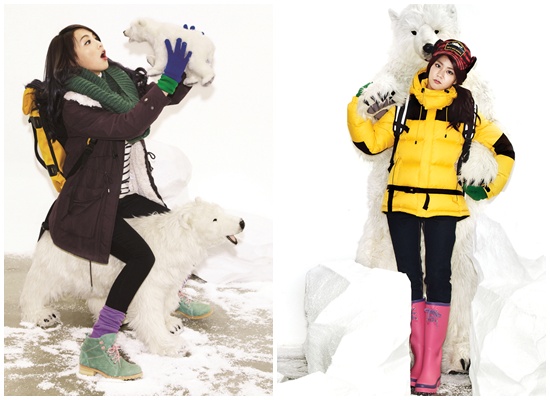 On the December 12 episode of KBS’s “Entertainment Broadcast Show“, Kara was interviewed at the Tokyo Dome where they held their concert.

On that day, a Kara “Sexiest Member” vote was held which resulted in Nicole Jung and Kang Jiyoung came on top of the polls.
Han Seung Yeon made the audience laugh with her comment about Kang Jiyoung, “With the combination of her skin, height and sexiness, she possess everything that you would want.”

Some bloggers didn’t agree with the results of the vote, “What? I thought Goo Hara would win for sure” “Despite the results, I think Han Seung Yeon is sexier than Kang Jiyoung” and “Han Seung Yeon has nothing to be jealous about.. she is just as sexy.”