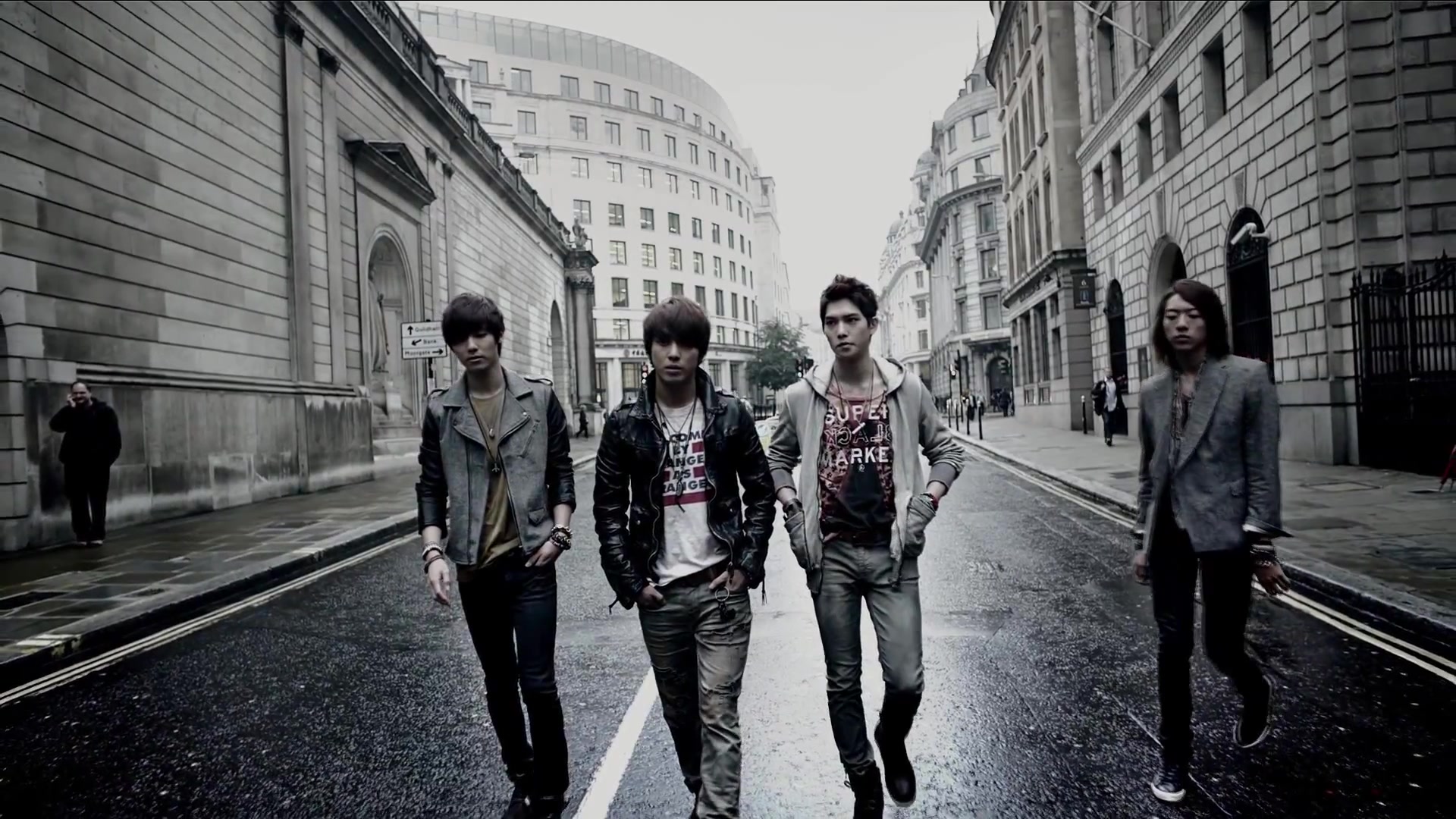 CN Blue returns after ten months to Korea with their fourth mini-album titled, “Re:Blue.” It includes six songs all of which the band composed themselves. The title track is “I’m Sorry,” a CN Blue style, modern rock number. The band also experimented with pop rock and disco rock genres for this album.

Jae Joong releases his first mini-album, “I” after busy taking part in a drama and movie. The album is of the rock genre. It has been ten years since Jae Joong’s debut as a singer and as a musician and artist, it is said that all songs’ lyrics were written by him. The title track is “Mine,” a Kim Bada composition with lyrics penned by Jae Joong himself. This rock number incorporates both guitar and synthesizer sounds. There are a total of five songs in this album.

Infinite’s hip-hop subgroup, Infinite H debuts with their mini-album, “Fly High.” Consisting of members, Dong Woo and Hoya, the group comes before fans with their title track, “Special Girl.” It is a pop number that showcases both vocals and rap. The song features R&B vocalist, Bumkey.

Boyfriend returns with a repackage first album, “I Yah” this year. The title track is of the same name and is a strong dance number with impressive guitar riffs and funky tunes. Fans can hear the group’s powerful vocals and rap through this number. Another new track is “Standing With U,” a pop dance number that incorporates acoustic instruments.

VIXX makes a comeback with their third single album, “Ready to Get Hurt.” The title track is of the same name and is a synth pop dance track with rock sounds. Listeners will have a hard time getting the song out of their heads. The song holds lyrics about loving a girl who only gives him pain. The song is about waiting for the girl and just watching from afar.

Hybrid hip-hop unit, Phantom, who made their debut last year with “Burning,” returns with their second mini-album, “Phantom Theory.” The title track this time around is “Like Jo Young Pil,” a song of hope composed by Kim Do Hun and the Phantom members.

Hip-hop duo, Bae Chi Gi returns with part two of their fourth album. There are a total of five song including the title track “Tears Rain.” It is an emotional breakup story. Top vocalists such as Ailee and Jo Hyuna of Urban Zakapa took part in this album, upgrading it a notch.