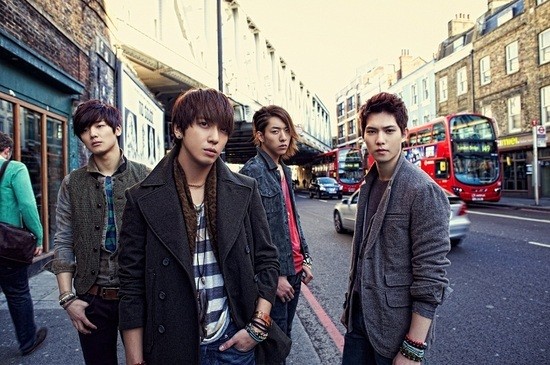 “I’m Sorry” was composed and produced by Jung Yong Hwa, and is the title track for their fourth mini album “Re:BLUE,” which was also released today. There has been much anticipation for their comeback as their mini album reached over 100,000 preorders.

They will be making their comeback performances this week on the various music programs. It was recently revealed that the boys would be performing with live instruments for their comeback stage on Music Bank.

KPLG
Cn Blue
How does this article make you feel?