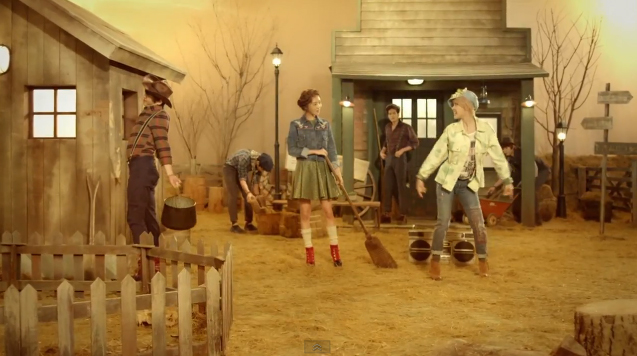 4Minute‘s new subgroup 2Yoon has now revealed another new teaser for their debut track “24/7.” After revealing Gayoon‘s teaser for “24/7” a few days ago, it is now Jiyoon‘s turn.

While the teaser plays the same guitar melody that was previously heard, we see Jiyoon riding a mechanical bull. She later meets with Gayoon for their performance in their old western setting.

“24/7″ has gained buzz for being K-Pop’s first attempt at a country-pop song. The title is meant to express a person being able to be free from the everyday stress and enjoy each and every single day. It’s starts off with an intriguing melody and the overall merry tune makes one want to dance.

Their debut mini album “Harvest Moon,” will be released in a few days on January 17.