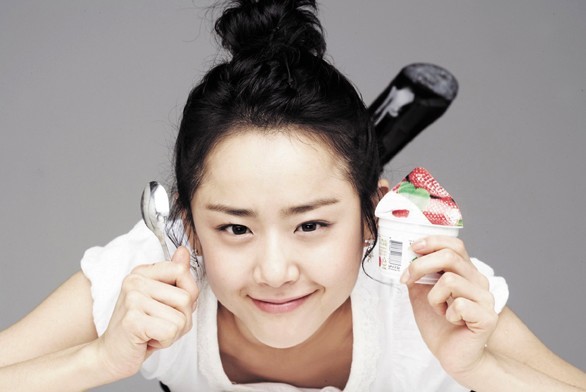 Moon Geun Young’s childhood photos have been one of the most talked about topics on the Internet this past weekend.

On Saturday night’s episode of SBS’s “Alice in Cheongdamdong,” Han Se Kyung (Moon Geun Young) handed Cha Seung Jo’s (Park Shi Hoo) father photos from her youth in hopes to repair the severed relationship between her fiancé and soon to be father-in-law. She used her photos to demonstrate the love her father showed her by cherishing her every moment and saving her photos and artwork.

During the broadcast, the episode featured actual photos of Moon Geun Young when she was younger. The photos included her kindergarten graduation photo, where she looked cute as a button with her big round eyes.

Netizens who’ve seen the photos commented, “She looks exactly the same,” “A natural beauty,” “Her baby photo is so cute,” and more.

Meanwhile, Moon Geun Young and Park Shi Woo made their small screen comeback through SBS’s “Alice in Cheongdamdong.” In the series, Moon Geun Young plays a rookie designer named Han Se Kyung. Despite her deepest efforts, she just can’t seem to break away from poverty. She decides that the only way she can leave her old life behind is to marry into one of the wealthy families of Cheongdamdong. Park Shi Hoo play Cha Seung Jo, the youngest CEO of Artemis, the leading luxury goods distribution company. He doesn’t trust women after a bad breakup, but deep down, he’s still a romanticist who believes in true love.