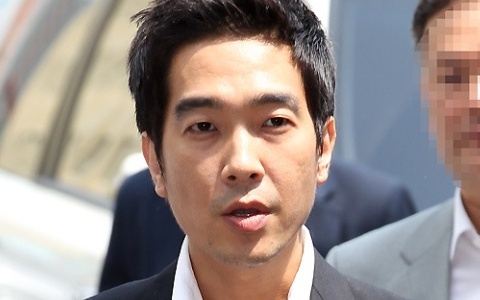 Currently being investigated for sexually assaulting a 13 year old girl, Go Young Wook’s text message with another minor (18 years old, reported as minor A throughout the article) has been revealed.

Recently, a broadcasting program focused on celebrity news shared his text message with minor A.

Minor A’s voice was filtered when the broadcasting station shared her voice recording, “I was really surprised and it was interesting when he revealed that he was celebrity Go Young Wook. However, I did hear about his scandals and was scared. I even wondered what would happen if I continued to keep in contact.”

Go Young Wook’s text message reads, “I’m just contacting you because you look very cute.. if there’s an opportunity, delete the messages after you read my messages and reply.”

It’s been revealed that minor A deleted most of the text messages, but haven’t deleted a few. Those few have been revealed to the broadcasting program.

Go Young Wook continued, “It looks like you’re in a situation so you can’t reply. I thought you’d send a text message. You don’t have to if you’re uncomfortable. However, I’m curious.”

Minor A explained why she shared the text messages, “I really hope Go Young Wook would watch this broadcast. I hope he sees this and will never do something like this again.”

She revealed that he saw her near a filming sometime last year and started sending her text messages.

Meanwhile, MBLAQ’s Lee Joon shared that Go Young Wook stole one of his girlfriends in the past and actress Lee Min Jung and model Jang Yoon Joo revealed that he tried to get their numbers.