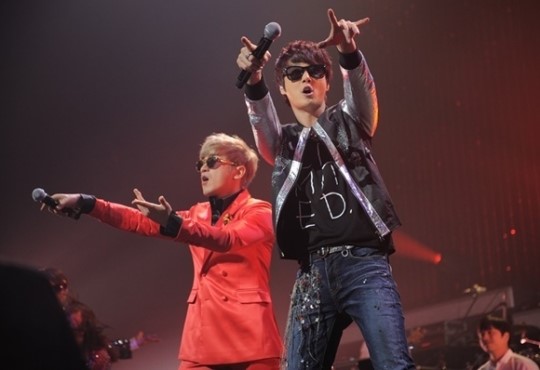 Shin Hye Sung finished the exclusive Japanese concert that was going on in Tokyo and Osaka for 4 days. He showed that K-Pop still has a strong presence in Japan.

For the concerts, Shin Hye Sung sang the songs from his special album “Winter Poetry” which was released in December 2012. He also sang his hit songs. The songs that he performed included, “It Would Be Nice If It Was You,” “Come Back,” “Insomnia,” and “Same Thought.”

Shin Hye Sung said of the concert, “Thank you for the warm response to my concerts. I hope that the concerts can be remembered as good memories for you. I will give back to the fans who continue to support me by singing good songs and doing good performances. I hope you also anticipate Shinhwa which will have its comeback.”

Shinihwa will be coming back in March!

Shinhwa
Shin Hye Sung
KPLG
How does this article make you feel?