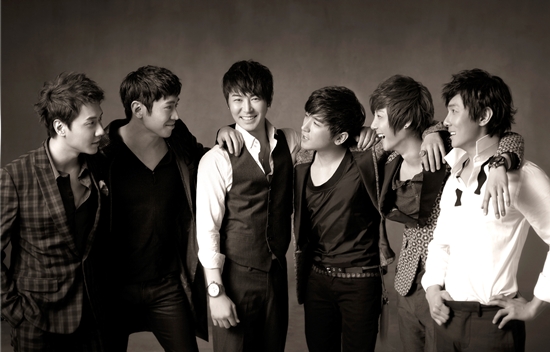 Shinhwa to Comeback in March with a Concert and New Album

On January 14, according to OSEN’s representative, “Shinhwa will return to the spotlight by releasing their new album at their 15th anniversary concert.”

He added, “We have not yet determined the specific concept of the new album, but we will be rushing to get it ready for the comeback. The concert will be held in mid-March.”

Recently, Shinhwa’s Shin Hye Sung held his exclusive concert “Shin Hye Sung 2013 Japan Tour Winter Poetry” in Zepp Namba Osaka on the 9th and 10th and at the Tokyo Dome City Hall on the 12th and 13th. More than 7,000 local fans came to the concert. Group member Lee Min Woo also showed up to cheer him on.