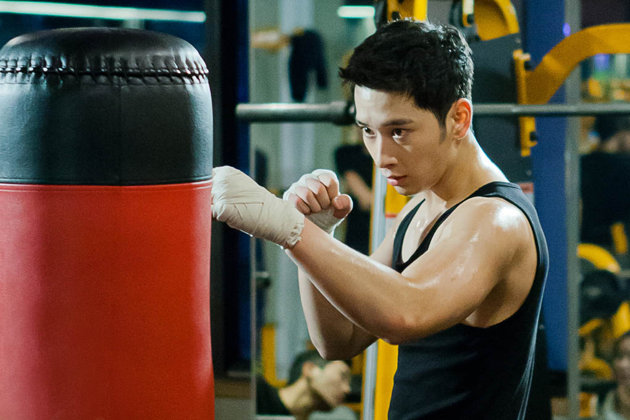 “7th Level Civil Servant” ramps up the anticipation for its premiere with the release of some behind-the-scenes shots of cast members. In a collection of photos recently released, 2PM‘s youngest member Hwang Chan Sung, who plays the second male lead is seen shooting glances of different expressions to female lead Choi Kang Hee.

The scene depicted in the stills was shot in a casino, in which Choi Kang Hee and Hwang Chan Sung are playfully holding up chips for the camera to capture.

The photos build up on the earlier released stills of Hwang Chan Sung in his role. In the drama, Hwang Chan Sung is Gong Do Ha, a genius rookie agent caught in a love triangle between Choi Kang Hee’s and Joo Won‘s characters. His character is also described as having a cold and forward personality.

“7th Level Civil Servant” is set to premiere on MBC on January 23.