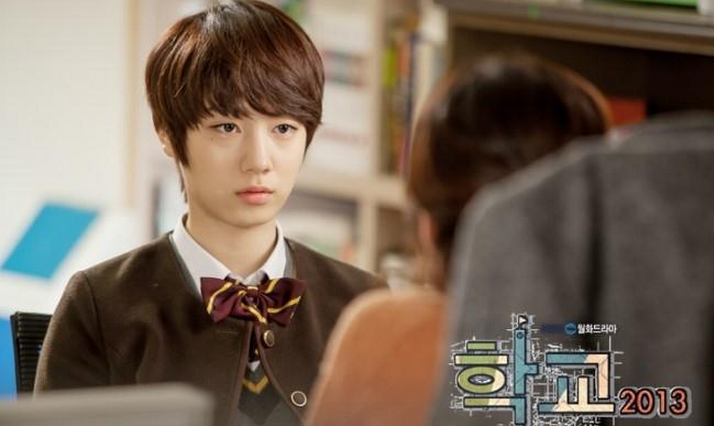 Five Dolls’ Hyoyoung Looks Like a Goddess in a Wedding Dress

Five Dolls’ Hyoyoung recently had the opportunity to wear a wedding dress. On January 14, she tweeted, “21 years old. I too am a real adult?” and attached photos of herself looking lovely.

In the photos, Hyoyoung is seen in an elegant tube top dress, posing for the camera as she bites into a cake. The Hyoyoung in these images was a stark contrast to the tomboy character she expressed in her recent drama, “School 2013.”

Netizens who saw the photos commented, “I almost didn’t recognize her,” “She looks great with both short and long hair,” “She looks amazing in that dress,” and more.

Meanwhile, Hyoyoung showed her potential to be the next successful acting idol with her role as Lee Kang Joo in “School 2013.” Back in 2010, she starred in KBS’s“Jung Fish 2″ as Jung Yumi, and she’s also made a short appearance with fellow 5dolls members in MBC’s “The Greatest Love.”

Five Dolls
Hyoyoung
KPLG
School 2013
How does this article make you feel?