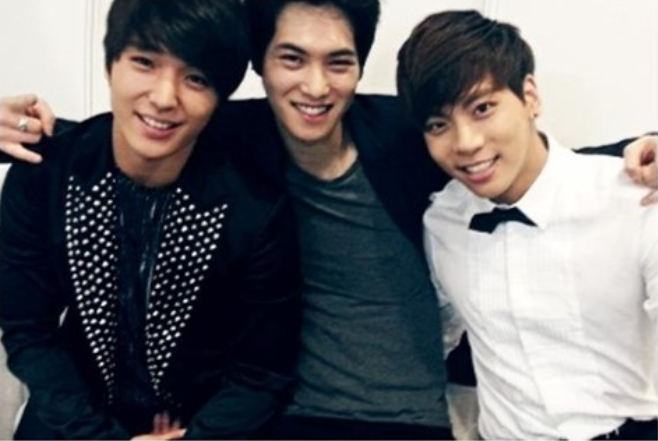 In the pictures are Choi Jong Hoon, CNBlue’s Lee Jong Hyun, and SHINee’s Jong Hyun in their suits. They are smiling brightly and sitting close together with their arms around each other.

Choi Jong Hoon looks chic with his all-black outfit, while Lee Jong Hyun looks handsome in a simple black jacket. On the other hand, Jong Hyun chose to add an adorable black bowtie to his outfit.

Netizens who saw these pictures admired, “These three must be good friends,” “I am so looking forward to the ‘Golden Disk Awards,’” “Choi Jong Hoon and Jong Hyun look so cute in Lee Jong Hyun’s embrace,” “They are all so adorable,” “They really look like they are brothers.”