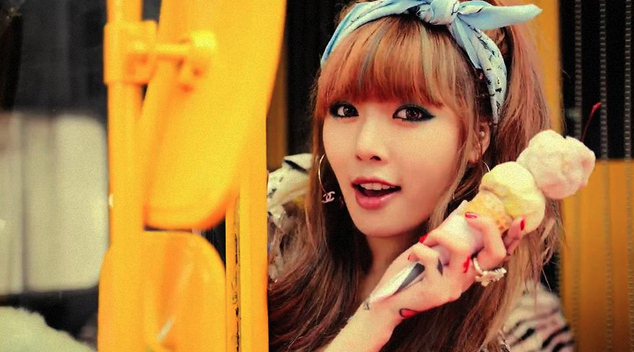 Old photos of 4minute’s HyunA in a school uniform surfaced various online communities, attracting much attention. Titled “HyunA’s Perfect Body in in Middle School,” the photos were taken during her debut days with the Wonder Girls. Even though she was only in middle school, she stood out with her beauty and slim figure. She sported a short bob and had the same cute appearance with a flawless complexion.

Netizens who saw the old photos commented, “HyunA is so pretty,” “She looks great with light makeup,” “HyunA looked so young,” “She had such a nice mature, figure from a young age,” and more.

In related news, HyunA recently attended the 27th Golden Disk Awards in Kuala Lumpur, Malaysia, where she heated up the stage with Hyunseung for a sizzling performance to “Troublemaker.” They also took home the “Best Dance Performance” award yesterday.