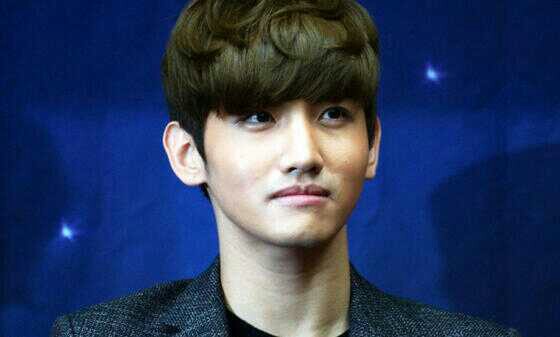 DBSK‘s Changmin will be taking on his first challenge as an MC of a variety program.

On January 16 in a press conference for the new KBS variety show “Moonlight Prince,” Changmin could not hide his nervous feelings. “I’m not trying to sugar coat this, but after seeing my seniors I feel a little less nervous. I feel like I’m depending on them. I think I can go follow behind them well,” the singer said.

He continued. “I am burdened that this will be my first time as an entertainment program MC since my debut.”

The fixed cast members of “Moonlight Prince” will include MC Kang Ho Dong, Tak Jae Hoon, Jung Jae Hyung, Brave Brother, and Changmin. While Brave Brother and Changmin may not be strangers to variety programs, this will be their first time as MCs, and there is a great deal of expectations for their performances.

Changmin has already hinted at what he is capable of on shows like “Strong Heart” or “1 Night 2 Days“, and already people are wondering how he will do compared to another young singer/MC, Lee Seung Gi.

“I told Super Junior’s Kyuhyun, who debuted as an MC before me, about my worries over some drinks. He told me that he is still not very good yet. People are going to see what I am lacking, so for the first 100 days I have to be prepared to receive a lot of criticisms,” Changmin said. “I’m just going to try my best. Maybe it will go well if I just naturally follow my seniors. I think that it will go better if I do it without worrying.”

The format of “Moonlight Prince” will be like a book club where the MCs and the guests talk about topics raised from a book. The show will replace “Win Win” and air on January 22.