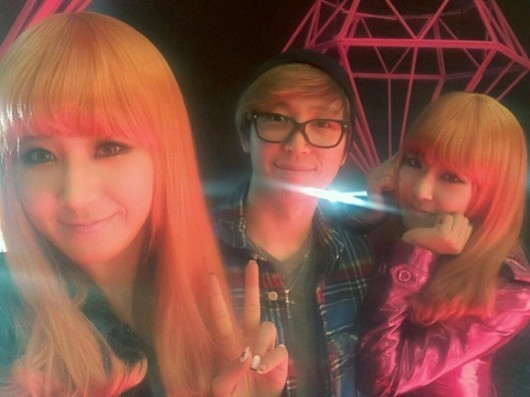 Tiffany and Yuri Flaunt Their Beauty in Blond Wigs

On January 16 on his Twitter, SM’s choreographer Shim Jae Won uploaded a photo along with a short message, “Yur & Me & Myong.”

In the picture are Girls’ Generation’s Yuri and Tiffany and Shim Jae Won gazing at the camera with adorable expressions and poses. Yuri and Tiffany are wearing long blond wigs and shiny jackets, and they look beautiful and chic with their smoky eye makeup. Unlike their usual girly looks, Yuri and Tiffany look sexy and mature in this photo.

Netizens who saw this picture admired, “They look great with blond hair,” “Both Tiffany and Yuri look so beautiful,” “I am so envious of Shim Jae Won. Two beauties on each side”

Meanwhile, group Girls’ Generation has recently released their new song “I Got a Boy.”