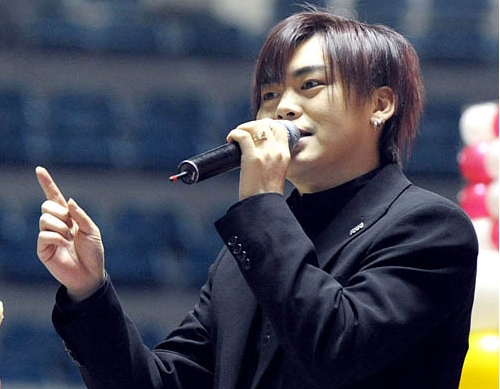 Moon He Jun Talks About Anti Fans and Hateful Comments

Moon He Jun gave his thoughts on hateful comments he gets occasionally. He said these remarks during a press conference on January 15. The press conference was for his new album “BEGINS.” It has been 3 years and 7 months since his last album.

Moon He Jun stated, “It’s true that I am currently craving attention. If there is no response to the music I make, then it is hard to continue. I want to resolve a misunderstanding. People say that I hit rock bottom and have come back up. However, I never hit the bottom. If you look at me from an anti-perspective it might be true. But, I’ve been living happily. For some reason people around are giving pity.”

Moon He Jun continued, “I made music and lived happily, I didn’t appear on variety shows people might misconstrue my words and there would be misunderstandings. When I made music I was financially stable. I sold around 50~60 thousand albums last time. All of my concerts were sold out. Each time we had a concert, we would have profits of nearly 600,000$.”

Then Moon He Jun began talking about the anti-fans and hateful comments he gets online. “I didn’t know but it appears like I was at an all-time low. (When he went solo after H.O.T broke up.) That’s actually the time that I was the wealthiest. I had my own company. Of course my family and relatives saved a lot on food, but I still made profits.”

He continued, “I haven’t seen the comments first hand. If I read them all I bet I wouldn’t be able to live on. It would have been hard to live with that pain. I actually read one hateful comment and I’ve been thinking about it for a year. The comment had said ‘I heard you don’t write your own music?’ I’ve been writing music for over 10 years and that really hurt me.”

Now, I remember when Moon He Jun went solo. A lot of people did hate on him and I always think it’s wrong to give people negative energy just because you don’t like them. However, there is a part missing out of this interview. In actuality one reason why Moon He Jun got so many antis is because he said he had psychological problems and through that he had attempted to get out of his mandatory military service. HAR HAR!

KPLG
Moon He Jun
How does this article make you feel?