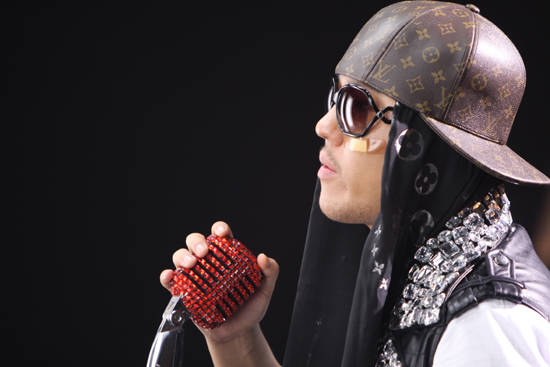 He participated in the recording of KBS’s new variety program “Moonlight Prince” as one of the fixed guests for its first episode. One of his peers asked whether he received a proposal from a girl group member since he has worked with so many and he said that he had.

“Moonlight Prince” is a variety talk show centering around books. Guests will be able to share their favorite books and topic conversations will be inspired by the content inside the books.

It’s definitely something different and less dramatic from the usual variety programs, but seeing how Kang Ho Dong, Tak Jae Hoon, Jung Jae Hyung and DBSK’s Changmin are also MCs for the show along with Brave Brothers, viewers will sure have a treat with their different personalities.

Kang Ho Dong usually has a loud, in-your-face persona on air while he can turn that switch off and spit out inspirational quotes from literature.

Tak Jae Hoon has been in the entertainment industry for a very long time and also was a singer in the past! He’s usually shy about his past career as a member of duo Country Kko Kko, but is a guy full of wit and provides much delicate humor on talk shows.

Jung Jae Hyung has some variety experience under his belt appearing as a guest in many different shows like “Running Man,” but he’s well-known for studying film composition in France as well as piano performance. Many adore and admire his deep knowledge of classical music.

DBSK’s Changmin made his debut with the idol group when he was only 15 and has already been in the industry for over 9 years. He will celebrate his 10th year on December 26, 2013. He has come a long way since his debut, growing as a singer and actor. The “Moonlight Prince” staff mentioned that they wanted to have an idol on board, but without much experience as a MC and believes Changmin will do a good job.