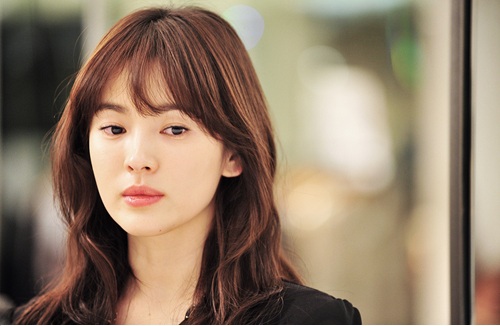 Still cuts were revealed of Song Hye Kyo’s comeback drama “That Winter, The Wind Blows.” She plays a character that has trouble seeing and is the daughter of a corporate mogul. Her character’s name is Oh Young. Although she is wealthy and beautiful, she is actually lonely, cold, and has a hard time living. Even though she can’t see well, she acts as if she can see everything.

Jo In Sung’s character Oh Soo enters into her life after 16 years. He had abandoned her. At first she doesn’t open up to him, but she slowly stars to change.

Will this drama be another chip off the old block of Korean dramas featuring the wealthy, or will it strike out on its own. Get ready for the first broadcast on February 13!

Song Hye Kyo
KPLG
That Winter The Wind Blows
How does this article make you feel?