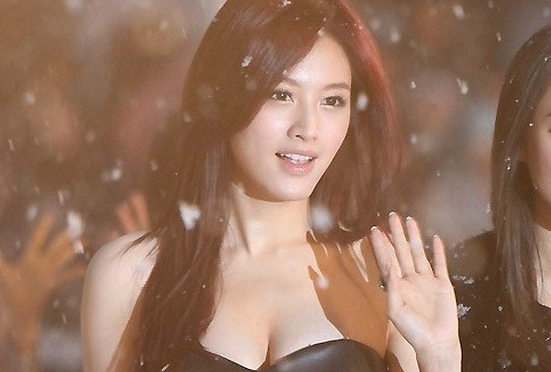 Earlier today, netizens began to question Rainbow’s Jaekyung’s glamorous figure after new photos of her surfaced various online communities. Back in November of last year, she drew the attention of netizens for claiming the title of “bagel girl” for herself. Titled “Kim Jae Kyung’s Different Body in the Jungle,” the photos were screenshots of the singer from SBS’s “Rules of the Jungle W in the Sepik River.”

While she’s known and loved for her busty figure, Jaekyung looked drastically different in the stills. Dressed in a black tank and black pants, she appeared skinny. Netizens were especially drawn to her upper body, which were noticeably flat.

Netizens who’ve seen the photos commented, “Wow, it must have been tough filming in the jungle,” “She lost so much weight,” “She used to have one of the best figures in the idol industry,” and more.

Jaekyung
Rainbow
KPLG
Rules of the Jungle W in the Sepik River
How does this article make you feel?