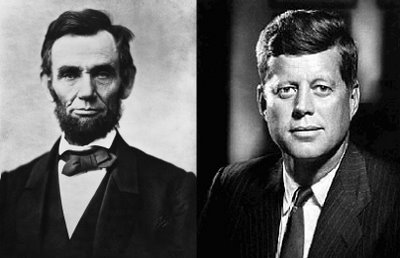 So I was surfing my Facebook news feed when I was bored, and I stumbled upon an old urban legend I remembered. There is an urban legend about the parallel nature between Abraham Lincoln and John F. Kennedy. Both were presidents elected in the year xx60. Both presidents were assassinated. Lincoln was shot by John Wilkes Booth at Ford’s Theatre. Kennedy was shot by Lee Harvey Oswald in a Lincoln automobile, made by Ford.

OH MY, the universe works in parallels no?

It looks as though this supposed list (Read more about the list here), is at times fabricated. The list has been debunked several times, but the myth persists and continues to captivate the imagination of people. In South Korea, they even made a movie about it called, “Parallel Theory.”

I thought it would be interesting to talk about PSY’s “Gangnam Style” in this context.

The one question I always get when I explain that I am a K-Pop reporter is: How did PSY get so successful?

I like to explain that it’s not the first time an Asian song has reached #1 on Billboard.com. The other time was back in 1963 when “Ue o Muite Aruko” (or, I Will Walk Looking Up) which is better known by its alternative title “Sukiyaki” by Kyu Sakamoto.

Now since most of you know about PSY, I wanted to take out some time and briefly talk about Kyu Sakamoto.

Kyu Sakamoto began music in high school and became more popular as he sang. In 1958 he joined the Japanese pop-band “The Drifters” as a singer. Later he would join another band named “Danny lida and Paradise King” in the same year. However, it was in 1961 when he sang “Ue O Muite Aruko” and he became an international success! It is pretty strange that a song in Japanese would get so famous all over the world. (If you listen to the song though, it’s quite catchy!) But, I think it also speaks to the ability of people to appreciate music, even if it is in another language!

Sadly enough, eventually Kyu Sakamoto passed away in an airplane accident on August 12, 1985. But, his song under the name “Sukiyaki” was covered numerous times by different bands. The lyrics are quite interesting, it’s talking about a protagonist who looks up and whistles while he is walking so his tears will not fall. The song was actually written by Rokusuke Ei who came back from a protest. But the lyrics were made generic so it could refer to any long lost love! Hope you enjoy the song!